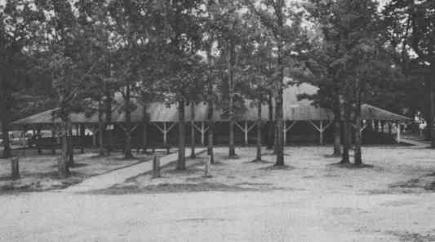 Hairspray, cold cereal, and the sweet disinfectant of thrift store suit jackets: getting ready for church before the sun comes up.

Ancient carpet, Pledge furniture, ink and paper of worn hymnal pages, and just a hit of the sour scent of guilt: any one of the church buildings from which I’ve come and long since gone.

Sawdust, pine boards, and summer evening sweat: the “Tabernacle” where camp meetings where held in in a wooded lot when I was a child.

The chemical tang of Elmer’s glue, laminated cardboard of stories and songs, and Kool-Aid served without irony: VBS.

The smell of weariness and expectation, the “foreign” and “exotic” smell of salsa in a casserole in the fellowship hall, the dust and oil of much-handled artifacts from the display tables: missions conference.

What of fundamentalism does your nose recall? I recently found a Facebook group dedicated to people sharing tales of their memories and exploits at my Fundy U. After spending a few hours reading of hands held, kisses stolen, and beer hidden (yes, hours. people love to tell their stories) I came to the conclusion that apparently my Fundy U is Sodom and Gomorrah in khaki pants. Who knew?

Now far be it from me to stop anybody from reminiscing over their youthful shenanigans. I broke my share of rules along the way and have fun laughing with my friends about it now. But the reason I’m laughing is mostly aimed at how ridiculous the environment was that made me care about doing those things at all. And more to the point, I think that if a decade later you’re still trying to establish your cred as a Fundy U Rebel then you’re missing the big picture: you’re still living with the rules firmly lodged inside your head.

At some point we all realize that people outside of these kinds of institutions don’t care how much you got away with. It mostly just looks silly that you were having to “get away with it” in the first place.

Another fact of which I was mostly unaware (you hear rumors about a lot of things) is that there was also a thriving gay community at my Fundy U who evidently bedded 9/10 (give or take a decimal point) of the male population. I’m actually little offended at learning that. What am I, chopped liver? Four years and nobody ever made a pass at me. Harrumph.

But of all the things that I’ve taken away from the train wreck that is the public and full disclosure of every last sin and transgression, there is none great than the realization that if even 10% of of the tales being told are based in reality then why exactly was I being harassed for having a few CD’s that “didn’t pass” ?

There is one other possible motivation for posting these sorts of true confessions and that is to show the fundy U administration and deans exactly how much they didn’t manage to stop. But in order to get a thrill from that, you have to still be emotionally invested in caring about what the administration and the deans are thinking. And really, who’s got that kind of time?

Personally, I’m at a point that if my Fundy U toppled into the much-farther-away-than-advertised ocean tomorrow I would pretty much greet it with a grunt of surprise and an inquiry into what was for lunch. That part of my life has been over for almost a decade. And perversely, complete disregard is the sweetest revenge of all — for fundamentalism can stand anything but being made irrelevant.

So by all means. Post your memories, I’ll post mine and we’ll all get a chuckle. But if anyone thinks that their brags of fundyland wine, women, and song are impressive in general then they need to get a little perspective. The most outrageous and perverse Fundy U student…is still a student at Fundy U.

And when it shall come to pass that thou and thy kindred and thy manservants and maidservants (or “church staff” as they are now called) shall think upon the good old days that thou shalt in no wise remember the bad things that have happened and remember only the good. For in the day that thou shalt call to mind any scandal or heresy or really funny blooper committed by a fundamentalist then shalt it be known that thou art bitter and “stuck living in the past.” And they shall shake their heads at thee and their tsking sounds of displeasure shall be loud in thine ears.

But if thou shalt recall only those things that are good, and funny, and that one time when we had a great time at that youth outing playing Chubby Bunny then shalt it be said that thou art right and just and a real good sport. And nobody shall in any case accuse thee of being a rabid sycophant who is obsessed with days gone by nor shall they tell that thou needest to just move on with thy life and probably go soulwinning more or something. For to remember only the good is the best choice of all.

And if thy church or thy college or thy family or thy fundy friends hath lied to thee or stolen from thee or done thee grievous injury then what is the big deal? Shalt thou dwell upon it for all time? Are not there lost people who need rescuing from the very fires of hell this moment? Nay, if thou value thy fundy cred and thy very soul thou shalt join the happy few who have decided that bad things never actually happened and that the good times were extra especially amazing.

So shalt thou rewrite the past and move on with thy life and thy manservants and thy maidservants and their children’s children shall rise up and call thee blessed (if a bit clueless).